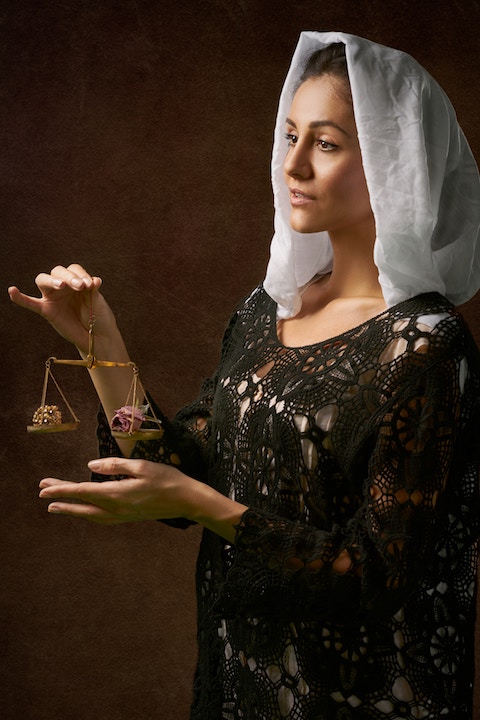 Do You Still Have a Practical Side or Are You Woo-Woo All the Way?

Have you ever been in a situation where, no matter what you say or how you say it… the other person just cannot (or will not) hear you? It’s quite frustrating isn’t it?!

I recently had this situation happen to me and it reminded me of a lady I had worked with 15 years ago.

She had come for a psychic/spiritual healing session and at the end I asked her to please visit a Naturopath or Doctor as I strongly suspected that it was an imbalance in her gut bacteria that was causing her debilitating symptoms. She initially resisted, saying that she felt it was most definitely a dark spiritual energy causing it and that she had paid me good money to fix it. I stood my ground and told her that her energy was clear and there was no dark force, but in the end she did say that yes, OK, she would see someone.

I like to check in with clients a few days after a session if I can but I couldn’t get hold of her and after a couple of weeks I stopped trying. Some months later she contact me — she was very unhappy. She said that she was angry that I had diagnosed her with stomach cancer and I had no right to upset her like that.

What????!!!! I had said no such thing! I WOULD NOT SAY such a thing as it’s highly negligent to suggest that to a client and I told her that, but she wouldn’t have it and she could not hear what I was trying to say.

She was REALLY angry and she slammed down the phone when I would not accept responsibility for saying it. I didn’t follow up. I didn’t think my contact would be welcomed.

Anyway, about 7 years later, an interesting synchronicity of events led me to try a new hairdresser in my town. While the girl was doing my colour, she was telling me about this amazing new Naturopath she had been to recently, who had an amazing story to tell and she shared the story with me…

Apparently this new Naturopath had been really ill some years back, with debilitating chronic fatigue and extreme fibromyalgia like pain all over her body. She had gone to an energy healer because she believed she was under attack from dark forces and the healer had told her to go to a Naturopath as in her view it was a gut bacteria that was causing all of her symptoms. She had resisted this advice heavily (the hairdresser told me) because she believed it was a spiritual dark force making her ill but a couple of years later, still suffering, she gave in and saw a Naturopath, who changed her life.

Apparently she’d had a bad infestation of worms and several different really bad gut bacteria, which the Naturopath had managed to sort out and her health had came back perfectly. She was so inspired that she then trained herself and had now become a Naturopath. She had recently opened a clinic, not too far away and she was also a client of this hairdresser and that’s how she knew the story so well.

Can you believe it!?? There was my validation — 7 years later! — that I had been correct to send her to a Naturopath AND most importantly that it was her gut that was the cause of her ill health. At no time did I find any dark forces in or around her during our healing session but I just could not shake her from her story or her belief that she was under some type of demonic attack. I am no stranger to clients with dark energies and I recognise them very well but she didn’t have any and I do believe that not everything that goes wrong with our body can automatically be attributed to dark spiritual energies.

As more and more people are awakening now, it does worry me about the level of spiritual misinformation that is out there. I often see people on FB giving seriously bad spiritual advice to obvious newbie spiritual people.

On occasion I have attempted to correct the bad spiritual advice but it’s a very difficult arena to play in because at the end of the day “people believe what they want to believe” and if they think a cloud in the sky is shaped like a skull and it is a warning of danger coming to them… then what can you do? You can’t get them to shake that belief, once they’ve made their mind up and you just end up looking like the baddie or the party pooper because you’re the only one with a different perception of a rain cloud.

It’s frustrating… and the more I see this type of thing, the more I realise that I am passionate about truth. It could be argued, that we are each allowed our own truth — we get to choose what we believe in — and of course, that is correct. But it’s still frustrating at times…

I think I must be one of the most down-to-earth and practical spiritual people, that I’ve ever met, because I just can’t buy into some of this woo-woo BS that everyone else seems to love… even though I am also no stranger to some pretty extreme spiritual experiences of both the light and dark kind.

What about you? Where do you sit with all of this? Come into my FB Group Consciously Abundant Women and let’s see if we’re on the same page.
Are you woo-woo all the way or do you balance it with the practical?

With love — and eyes wide open,
From my heart to yours,
Karen