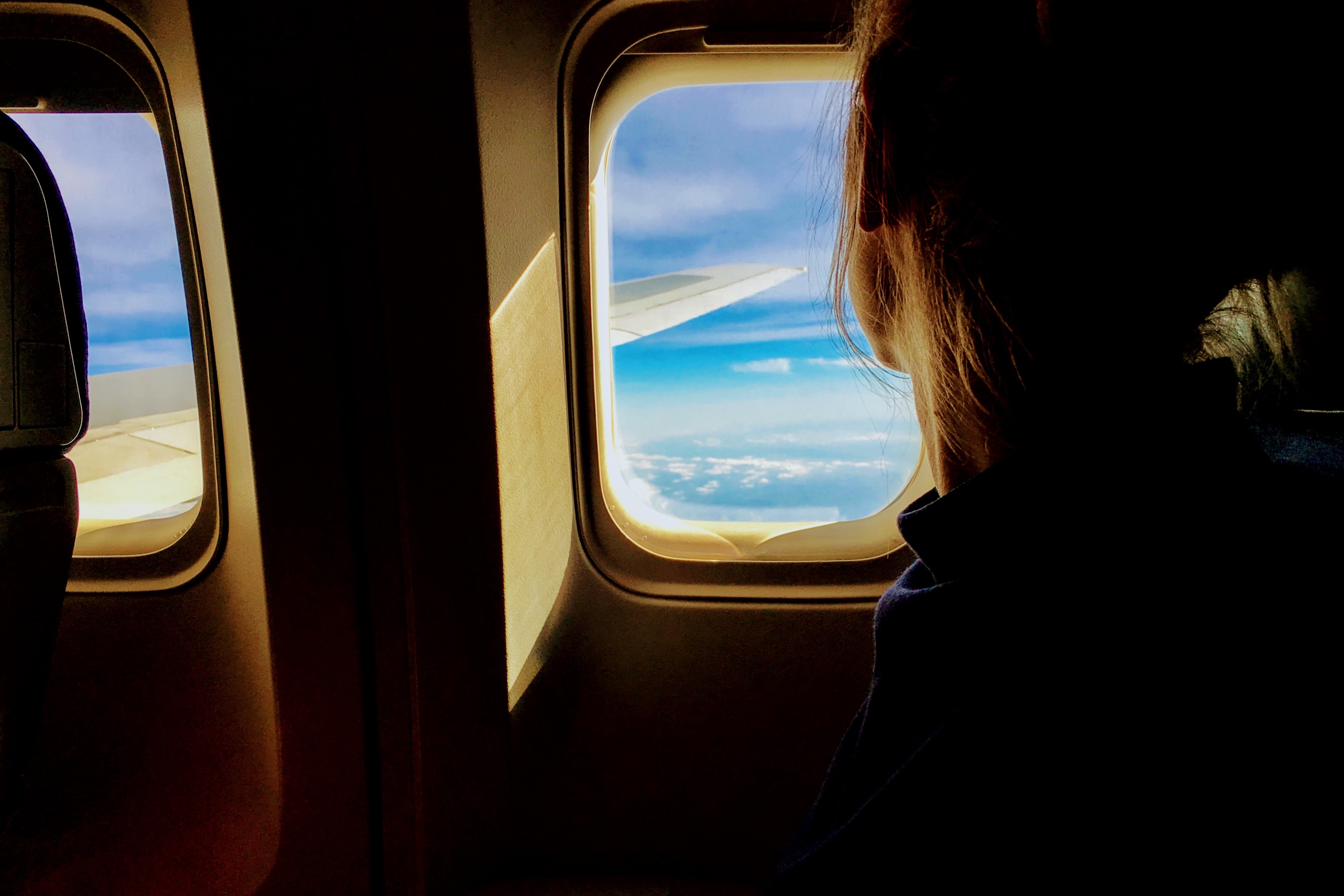 I didn’t quite expect to find myself in France paying a surprise visit to my Dad for his 80th birthday.

It all happened rather suddenly.  One moment I was talking to my brother saying: “If I just got on a plane now I could be there for his birthday” and the next moment I was literally boarding a plane.  It was all quite surreal.

En route from Australia to France, I had moments when I felt completely outside of my body – as if I was watching myself do this…  as if I was surprised at myself for just getting up and going almost without a backward glance.  Spontaneous.  In the Moment.  Following my heart.

Suddenly I was on the plane and then later it seemed that I had just somehow magically materialised at his dinner table.

Was this some strange type of inter-dimensional travel?

Certainly not!  I felt every physical moment of that 37hr door to door trek.  However, I also had multiple moments when this whole adventure felt completely surreal…  or perhaps that was just extreme fatigue in which I couldn’t quite think straight and I’d actually lost my bearings. LOL!

It seems that since I went with that moment of complete spontaneity, my feet have hardly touched the ground.  There was a moment there, sat on the plane, when I had to really think hard and double check that I was actually there in the physical form, and that this wasn’t just a dream I was having whilst lying in my bed at home in Sydney.  Do you ever have those inter-dimensional moments when it’s hard to work out what’s real and what’s not?  Where you actually are versus where you think you are?

Was I really there?  Was I really travelling to France within about 10 hours of deciding to go?   Yep…   that was me there, really doing that!

How beautiful.   And how liberating, to be able to do this.

I am blessed that I have created enough abundance in my life that I can do this and in fact at the beginning of this year, I wrote down a list of goals I had.  One of them was to be financially abundant enough in order that I could just travel whenever I wanted to.

Another was to have created an online course in which I could teach to others, all the tools and techniques that I use to create abundance in my life.

Another was to be able to work from anywhere that I happened to be, just because it was all online and I could… There are a few other goals on that list, that I haven’t achieved yet but I have no doubt that they will come.  This little excursion has proven to me yet again that we do indeed create our reality.

I was sitting on the plane, when the realisation hit, that I was really there and that I had achieved these goals I’d set for myself – and it had all happened so spontaneously and naturally that I was left in no doubt that it was the visions I had put out into the Quantum Field that were now materialising into the physical for me.

You see my online course launched on Monday morning…  Tuesday morning I got on a plane without the need for a big financial debate about whether I could afford it or not and Thursday at midnight French time I did the group coaching call with my course students as promised.  Admittedly, I didn’t expect that I would do it at midnight, but then I didn’t expect to be in France when I set those dates and times.  But nonetheless, here I was able to work from where ever I happened to be at the time, just because it was all online and that was exactly what I had intended and what I had asked for each day when I did my Future Life Visioning work.

It has all felt rather magical in how its unfolded and I’m feeling so blessed.  The best part of course, was seeing my Dad’s face when I walked in the door.  I had surprised him in a similar way 20 years earlier and as this was a bit of a shock for him this time, I have pre-warned him that I’ll turn up as a surprise for his 90th birthday too – so he should get ready for it and expect the surprise.

It’s been so wonderful to be here with him and I am so happy that I absolutely followed my heart in that moment when it said: “Go!…  jump on a plane and go and see Dad!”.  Precious moments.  So blessed and so grateful that I could do this and be here.

Never miss an opportunity to tell your loved ones how much they mean to you. Time together is precious.
​
From my heart to yours,
Love
Karen