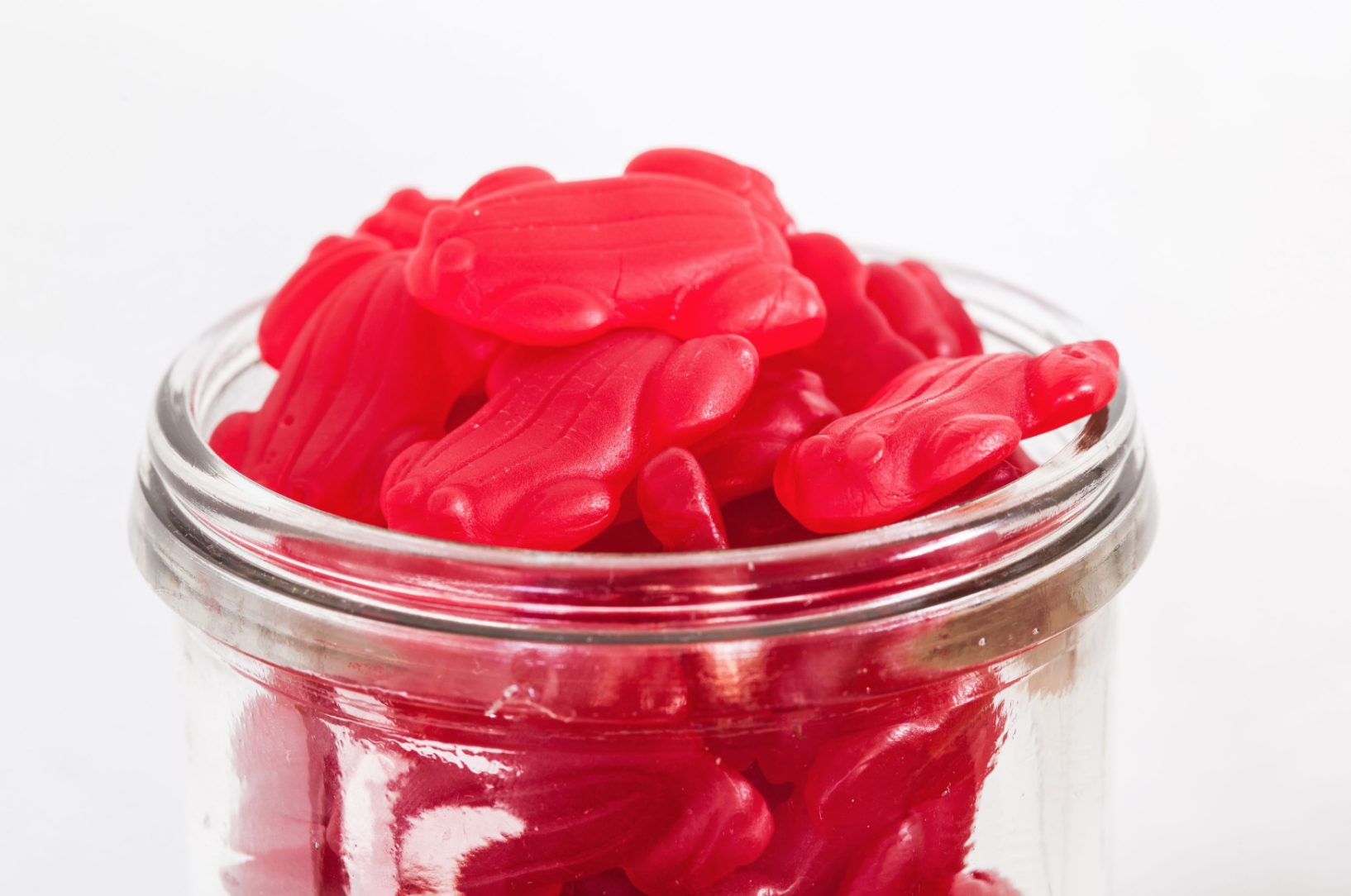 I’m lucky enough to live in a neighbourhood that still has a cute little corner store you can run to, when you run out of milk or bread, and where the local kids can go to buy lollies or ice creams on a hot day.

I had the opportunity to witness an interaction between a Mum and her kids there just a few days ago, that made me pause to reflect on just how easy it is to impact our children’s money consciousness for a lifetime, over something as simple as red frogs and those sweeties that look like a pair of teeth.

Oh, and a yellow banana thrown in for good measure.

Mum:  Kids, choose a bar of chocolate each and you can have it after dinner tonight.

The boy quickly grabbed a Hersheys cookies and cream bar, but the girl just looked from side to side of the counter.

Girl:  Can I have red frogs and teeth instead of chocolate please Mum?  I don’t really like chocolate.

Mum:  Beggars can’t be choosers.  Just have what you’re given.

Girls:   But I don’t like chocolate Mum.  It makes me feel sick.

Mum:  Well you can’t have them.  I work hard for my money and I’m not wasting it on red frogs for you.

Mum:  If you want to waste your money on red frogs then you can, but once your money’s gone it’s gone because there’s no more coming.  That’s it.
(She paused for a breath then continued…)

OK Go on then, if you want to … but I’m taking it straight out of your piggy bank when we get home. (finishing in a rather stern voice).

As you can imagine, this brought a huge smile to the little girls face.  She was so excited to point out to Annie, the lady behind the counter, that she wanted four red frogs, a pair of teeth and a yellow banana.

She got them in a little bag and excitedly skipped towards the door while Mum paid and picked up her stuff.

The boy had watched all of this without saying a word.

Both of these children had potentially just been programmed in regards to their money mindset – and yet on the surface, it had seemed like just a normal day in a suburban street.

But the final blow was yet to come…

As I slid my purchases across the counter towards Annie, the Mother turned to her daughter and said:   “What a waste of money.  Red frogs.  You never appreciate anything.  When your teeth rot and fall out, THEN maybe you’ll learn to appreciate money a bit more”.

The little girls face dropped and her bottom lip quivered.  She was gutted.  All of the enjoyment was suddenly taken out of the little bag that contained the red frogs.  The fake teeth were a bitter reminder of what would happen to hers if she ate them and the sugary banana just laughed in her face.

It was a tragic scene.

Annie and I just looked at each other with a sigh as I paid for my stash of red frogs…. no wait, sorry that was a joke…   I was actually there to buy almond milk to go in my chai tea.

So later, as I sat enjoying said chai tea, I began to reflect on what had just happened there…

Can you spot the subconscious programmes within that conversation?  There are several – let me know if you can see them…

When I work with my clients on their money blocks most of the time the root cause of their problem stems back to exactly these types of seemingly innocent interactions from our childhood.  Whether the child takes those comments on board is individual to them and which way they choose to play it is too.

Some will take it to heart – they’ll believe that they’re not worthy; can’t be trusted with money; that they don’t deserve to have choices; shouldn’t ask for what they want in life or that when you choose what you really want and get it, that something really bad will follow (like you’re teeth falling out or something equally horrible).

Others will say:  F*** You!   It’s my money and I’ll do what I want with it and they go and spend it all over the place just to prove a point.

Neither of these two stances are particularly healthy.

There are a whole host of other interpretations that could have been made from this scenario too and we didn’t even look at what the brother learned from this.  Because believe me, he’ll have picked up a subconscious message there too!

But that’s how things work when it comes to subconscious programming.  Parents don’t realise they’re doing it – unless they’re a gaslighting narcissist and they get off on stealing other people’s energy – and we as adults, don’t realise that what keeps us stuck was probably innocently programmed into us as children from our parents who were innocently programmed by their parents.

As so the wheel keeps turning…

So, what can we do to clear these negative programmes that we’ve inherited from our parents and others?

Well thankfully, there’s a lot we can do.

Awareness is the first step.  Once we realise that this type of sh*t has been going on for generations then maybe we can forgive ourselves for our money issues.  It’s not really our fault after all …but what we do with that as adults now that we know it, well that IS our responsibility.

With awareness, now we can begin to change it.

Those little niggly one liners that you hear playing out quietly in the background… like:

Once your money’s gone, there’s no more coming; or
Don’t ask for what you really want, just take what you’re given…

Look out for those. Write them all down in your Money Mindset Journal and begin to override them with a truer statement that serves you better.

Remember that your mind believes everything you tell it, whether it’s a positive or a negative statement.

If you’re into EFT you can tap on the limiting beliefs that you identify and release them in that way but my favourite way is through hypnosis and subconscious reprogramming.

If you’re struggling to identify your money blocks or if you really want to dig deep give me a call and ask me how I can help you.  This is one of my favourite things to do – quite possibly because I had so many limiting beliefs around money myself – that having cleared them, now I know how good it feels to not have them. Plus I’ve seen how much more abundant I am now that they’re gone, and I want that for you too.

You can have red frogs and money will still come to you.

And also important is that:  your teeth won’t rot and fall out as long as you appreciate them, which is true for money too.

Love and appreciate what you have and more will come back to you.  It’s an Abundance Mindset meets Law of Attraction kind of thing…