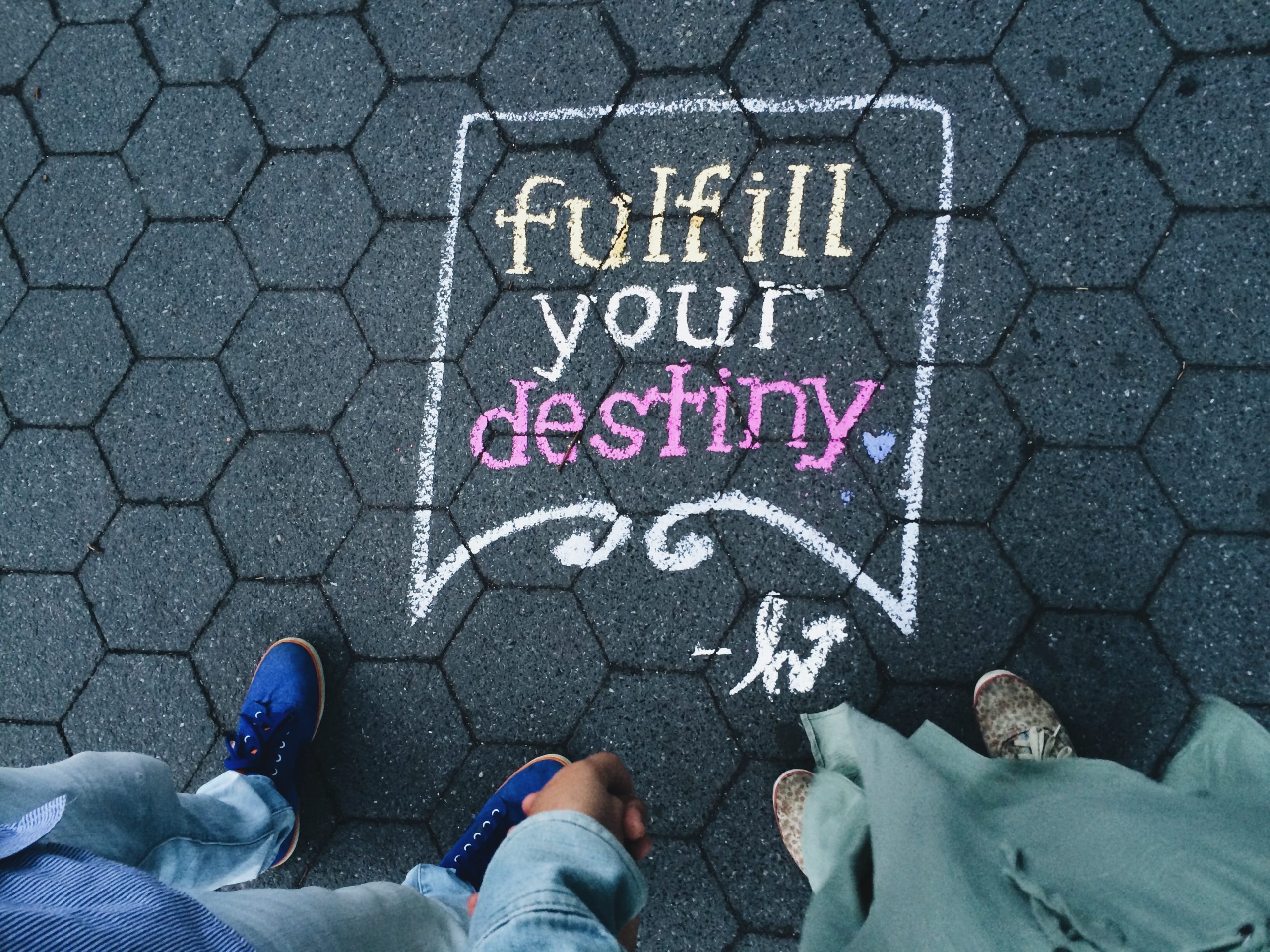 I don’t know anyone who hasn’t, at some point in their life, wished that someone would just come along and tell them what to do – give them clear guidance on what steps to take next, which choice to make or what might be a possible outcome of an opportunity that has presented itself to them.  I’ve certainly felt like that…  many times actually.

Back in the days, when I used to have a stand at the Mind Body and Spirit Festivals around Australia, I would be pretty much booked out day after day, doing readings for people who were looking for a bit of guidance or direction in their life.

Initially I would do psychic readings – that’s what I was trained to do – but very quickly I developed my own style of reading because telling them exactly what was going to happen didn’t make sense to me when I could see more than just one possible path for them.  They would ask for a definite answer of what they should do next, but I could usually see four or five options for them, proving over and over again that nothing is set in stone and that our lives are ours to create.

As my style of readings developed, I began to be able to identify which pathway my client was likely to take based upon their mindset, vibration and level of consciousness.

I’d always be shown the future upon the path that they were currently walking; I’d be shown other pathways available to them if they made only slightly different choices; and I’d also be shown their highest potential, which of course was the most exciting future to see, but it was also the one that would require the most change within them.

People would often be surprised that they had this many choices, so I would educate them on that too, so that they would understand how they could create their life in the way that they wanted it to be (for the most part).

These future potentials are really future timelines, and they’re available to us if we can align our energy and vibration to be a match for that future potential.  It’s like the Law of Attraction really, but, people don’t realise that their state of being on the inside is what is creating what they are experiencing on the outside, and that the change has to happen within them first.

You may have heard that our thoughts create our reality…  We create with our mind and every belief and thought is energy, which holds a particular vibration and we give out that vibration – and draw the equivalent experience back to us.  Problem is we often don’t really know what vibration we’re giving out because our thoughts and beliefs are held in the subconscious mind, out of sight but not out of mind.  Clearly, this is how I got into mindset work and I love it!

People commonly want their lives to change without realising that it will only change when they do.  They also want to be told what is going to happen for them – some want to know: will they get married, have kids, be healthy and so on and others have larger aspirations.  As you can imagine after doing literally thousands of readings on people over the last 25 years, I can get a very clear picture quite early on, as to whether or not someone is willing to change enough on the inside that they can align to their highest potential, which generally, is always a rather magnificent potential.

If people could see the full extent of what is available to them at their highest potential, they would probably do the work to make it happen.  Unfortunately though, I get the vision and they don’t, so I’m left with trying to impress upon them the magnificence of who they really are at a soul level and some get it but some don’t.    Some are stuck with feeling not worthy, not valuable, not enough… and so they can’t see that something as amazing as what I’m describing could ever be available to them.

For the most part, I’m lucky that mostly I attract the types of clients who actually can imagine that amazing potential and they want to do the work.  Some need more work than others in order to make the shift of course, but that’s ok, that’s what I’m here for and I’m very patient – I’m straight up and I’ll call it like it is, but I’m very patient because I know it takes time to shift.

So from this type of work, has come my coaching packages and various other life guidance sessions and things that I offer, and these are particularly suited to the ones that also have some kind of vision of their future…  perhaps a feeling that they won’t give up until they get there…  that there’s something missing in their understanding and they’ll search until they find it… or that they’re stuck but not about to settle because the fear of staying stuck and unfulfilled is greater than the fear of change.   So I love to work with these types of people because I can help them to transform into their highest potential and that’s what I most love to do.

I think what we miss in this busy life, IS that vision of our highest potential.  People don’t spend time dreaming and visioning their lives when they’re busy hustling to make a living, and then it’s hard for us to get into alignment with what’s really available to us, so that’s my passion… helping people to come into that alignment and move away the noise and distraction of things that, in the big picture, are actually pretty irrelevant to them, although we can sometimes get hooked up on that, on the small things in life that we make into big things.

There is some work required to get on the path to our highest potential but it’s definitely worth doing that work.  I continually work on myself as I’m still striving for my highest potential too.  In fact, honestly the work never stops, because there’s always more available to us.  I use a combination of my own personal gifts and talents to help people to find their gifts and talents…  and I love that – how perfectly divine is that? and to me that is being of service and helping
others.  Now, we could go into that whole thing about, if you’re here to be of service, you shouldn’t charge for your services – but that’s just about money blocks that are repelling our natural state of abundance… let’s talk about that another day…

For now, I encourage you to take the time to find what it is that you came here to do.  Once you find it, it will quickly become the most fulfilling thing in your life and all you could ever wish for really is to feel fulfilled and passionate about your life, don’t you think?

PS:  If you’d like my help to find your path, a life guidance session, soul alignment coaching or if you just want to ask me more about what I do, just send me a message and lets talk. admin@karenturpin.com.au