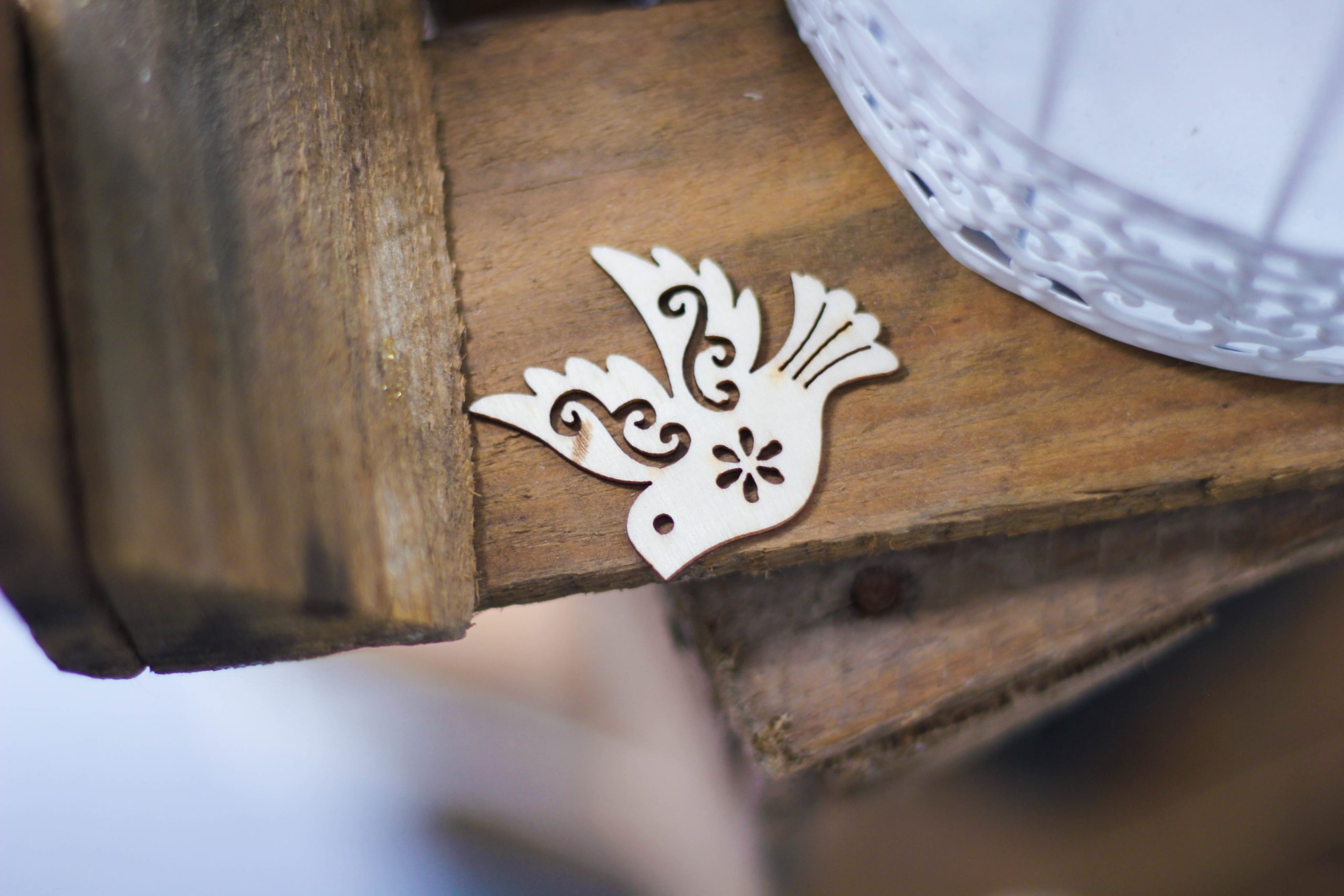 We are moving into a new timeline on this planet. It’s exciting to see that many more people are waking up right now, and better yet, is that people who already were awake are also moving up, to an even higher Level of Awakening.

I feel a bit like a Mother Hen watching her chicks learning to tell the difference between a worm and a piece of string –which one they should ingest and which one they should leave alone in case it chokes them. The Mother Hen can’t fully teach her chicks that. She can guide them, advise them and lead by example but ultimately as soon as Mummy Hen turns her back, the chicks will go right ahead and discover it for themselves. Sometimes they’ll learn the hard way.

But that’s exactly how it should be, both for the chicks and for the people that I’m watching wake up to this new timeline that we are stepping into — some are opening their eyes for the very first time — and it’s a bit of a shock, what they’re actually seeing.

I absolutely believe that we should all find our own path to truth.

Most of us live our lives based on the programmes installed into our subconscious mind by our parents, society, religion, schools and government and part of our “awakening” process is to strip back those beliefs and come back into the truth of who we really are as a Divine Cosmic Being and Creator of our own reality.

I have to say that some people have surprised me lately though.. I thought they were awake, yet they appear to have fallen back to sleep.

At a time when they could be stepping into their purpose and mission, they seem to be more unconscious than I’ve ever known them to be. Some of these people I’ve known for years and I really thought they were wide awake but they’ve fallen back to sleep.

Fear will do that to people, and it’s being used against us right now by design.

When we drop into fear, we drop our vibration and it’s very hard to see the light of day — or the light of the Divine as I prefer to call it. When people are in fear they are much more easily controlled and manipulated. This is a known psychological phenomenon called fear psychosis.

It’s a way to control the masses and I thought it was originally used by Hitler but I see now upon researching this, that it goes all the way back to Egyptian times.

The majority of Lightworkers don’t want to look at the dark and won’t entertain anything to do with a negative agenda. This could be their down-falling though, and it’s something I’ve written about in previous articles, because their need to only focus on the light creates a limitation in their awareness. They become slightly blinkered and although they might like to believe that by not looking at anything dark or negative they can avoid it coming into their reality, the truth is that sometimes we have to look up so that we can step out of the way of the oncoming Mack truck that’s about to mow us down in the middle of the road.

I always recommend to my group and clients, that we spend time in gratitude each day. Give gratitude for three things in the evening before sleep and three things in the morning first thing when we wake. I feel that this sets us up energetically for a beautiful day and for a peaceful sleep, but when I discuss with them what they were grateful for, and how they feel their gratitude for that thing, I often discover that they repeat the things they’re grateful for almost by rote. They sometimes admit that they think they have to “be grateful” for their family/job/home/health, because if they forget to say it then something bad might happen and they might lose it.

Is this true gratitude then? Are they trying to bargain with the Universe or God in some way? Are they just saying empty words to counteract their fear? Is it a kind of “don’t step on the cracks” type of thing…(better to be safe than sorry), Are they actually living in a type of fear that they won’t even admit to themselves?

I feel that as we go into this new level of awakening, an exploration of these things becomes necessary — to remove the fear and suppression — in order to be able to raise our vibration even further.

We live in a 3D world — and yes we could say that it is now shifting into 5D — but we’re not fully there yet, and there really is an energetic battle going on for ownership and control of not just this planet but of our consciousness and of our will. By being complacent and refusing to look at what’s going on around us we may unconsciously become aligned to it, by default, just because we are subject to the energetic laws that govern 3D. If you are not fully responsible for where you place your energy, where is it really? If you are not taking a stand for what you believe to be truth, by default you will be swept away with the masses on this 3D timeline. Truth is always a higher vibration.

By contrast when we become aware of the agenda that is playing out around us we can consciously choose not to participate with it or consent to it and that’s how we begin to change the timeline that we are experiencing and to shift into a different dimensional experience.

In order for our energy to be used to create a particular outcome on any given timeline, we must consent and willingly participate. When people are in fight/flight, panic and fear their

consciousness is more easily manipulated and they become so desperate to return to a feeling of perceived safety, that they will agree to almost anything just to relieve their emotional pain and get back to a sense of normality. In this state though, people rarely think clearly and they

by-pass their inner guidance due to a feeling of desperation. From a place of fear they can’t sense their inner guidance as they’re living in a state of pure survival and they become almost disconnected from the Divine. Nothing is in alignment or in flow in their life anymore and they give their power away. This is a very low vibrational state from which they will willingly give up their mind, their consent, their freedom and their sovereignty. I believe that what we are seeing here on the planet right now is Mass Stockholm Syndrome:

“Stockholm syndrome is a psychological response. It occurs when hostages or abuse victims bond with their captors or abusers. This psychological connection develops over the course of the days, weeks, months, or even years of captivity or abuse.

With this syndrome, hostages or abuse victims may come to sympathise with their captors. This is the opposite of the fear, terror, and disdain that might be expected from the victims in these situations.

Many psychologists and medical professionals consider Stockholm Syndrome a coping mechanism, or a way to help victims handle the trauma of a terrifying situation.”

And many people really are experiencing this as a terrifying situation.
This description is taken from article on Healthline)

What many of us are seeing in our communities, amongst neighbours and friends is Mass Stockholm Syndrome — again, this is by design… the code words “We all in this together” programmes the subconscious mind that is already responding from a place of fight/flight, and it suggests safety, by affirming that they are not alone, stay with us, there’s safety in numbers. This addresses some of humanity’s deepest core fears — it is designed to suggest we are safe following their instructions, if we just do what we’re told.

You can see many people like this all over the planet today. They are your neighbours, friends on facebook, people on media reports, people at the shops wearing face masks. You can see fear on their faces — they are desperate to feel safe again and that makes them ripe to manipulation and control.

We are being told half-truths and fed a pack of lies in the hope that we are dumb enough to consent and agree to their agenda — and some will. But others of us have woken up to a whole new level. Many of us have been hearing about this agenda for years, but now we are seeing it play out before our eyes. Our eyes are wide open. We are not blind and dumb and we will not consent to these crimes against humanity.

This is our time, dear awakened ones, to hold the vibration high upon this planet, so we can heal the planetary consciousness and reclaim our sovereign rights. We must vision the timeline that we want to experience — one of freedom, love and the sovereign right of all humans to be free from the control and domination of a negative agenda.

There is a battle going on, on this planet. WE can see it. Others can’t. It’s an energetic battle of dark against light.

What they didn’t count on though, is that so many people would wake up. Their lock-down and isolation methods have hastened the awakening — and for that I am truly grateful. Only when something is taken away and almost lost will some people finally awaken from their slumber and we are at that point now. We’ve been waiting for them for years and they’ve been like babies not wanting to wake up. But take a pacifier away from a baby who relies on it for sleep, and it won’t be long before that baby is up and screaming — this is the next stage… and I expect we’ll see people in the streets screaming to get their freedom back.

The baby is awake and he/she’s not happy. And quite rightly so. This is a time to be taking action when required not sitting at home waiting and hoping that someone else will do it for us, and God forbid that anyone should ask for aliens to come and save us — don’t even take me there, that’s a discussion for another day and I’ve talked about this misperception before!

We have to save ourselves and we must attune to the bigger picture, because it’s not just about the small pieces that we see in our neighbourhoods and countries, this is a global multidimensional on and off planetary event that IS the Great Awakening. We knew it was coming. Its here.

A period of unrest will follow, before things settle down again — but we must make sure that we settle into a new reality of our own choosing, not one that is thrust upon us that doesn’t have our best interests at heart and that takes away our own sovereign rights.

It IS time for the Christ to rise and You Are The Cosmic Christ. Awaken from your slumber and BE who you truly are — it’s what you came here to be.