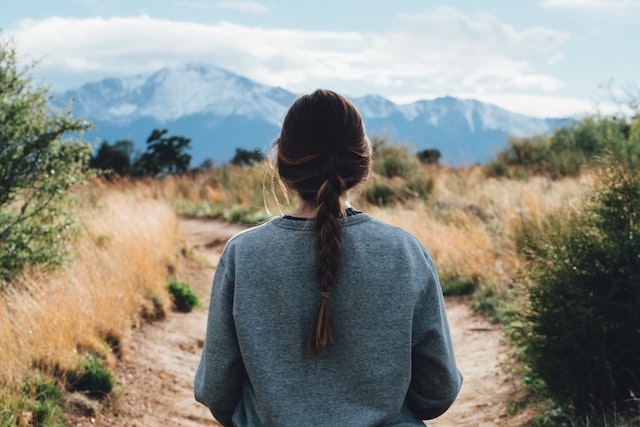 Many of my clients come to me saying that they feel stuck, they’re really frustrated… they feel they should be “doing something” but they don’t know what.

Why do they come to me and say that? — because I’m really good at getting people unstuck and back on to the right path again — that’s what I do. It’s a bit like helping them to know what they already know… or helping them to do what they know they need to do but for some reason are not doing.

So, I picked these three things to talk about today… because I hear these a lot.

1. People say they’d love to be living their life purpose, or soul purpose, but they haven’t found it yet (or they don’t know what it is).

Speaking a little bit generally here…. but quite honestly, people rarely give themselves the time to find their life purpose, and sometimes they are subconsciously just using their busy life as an excuse.

If they’re asking the question in the first place, then their purpose is there waiting to be discovered and often it’s much easier than they think.

Is it the right time for them to step into their life purpose? If they’ve asked the question, then yes it probably is or they wouldn’t have asked in the first place.

A lot of people get caught up in their own busyness — they don’t give themselves “time” to know themselves — and that can actually be a way to avoid acknowledging what they already know deep down inside.

I’ve found that some people in new age and ascension communities spend so much time listening to the teacher tell them things, that they forget to listen to their own inner voice but the true knowing of our soul purpose will not come from a teacher, it will only come from within ourselves.

People often expect the revelation of their soul purpose to come in a particular way. Maybe they’re basing it on what other people have experienced when they found theirs or maybe on something else but either way, it’s their “expectation” of what it should look like, that trips them up and they fail to see what is right there in front of them all along.

2. People say they don’t know what their soul purpose is, when they actually do, but they’re trying to ignore it, control it, shut it down or bargain with it.

​Sounds weird right?! But they do.

Often they’ve had an inkling of something they should be doing — many times probably — but they shut it down, often through fear because it seems too big for them, or because they think it’s not big enough or important enough.

Sometimes they know it, but they just ignore it because they know they will have to make some changes in their life and those changes scare them.

Following our intuition to step into living our life purpose usually requires us to change in some way and people very often don’t want to change.

They want their life to change, but they don’t want to have to change anything, which doesn’t quite make sense.

Basically most people fear change. It’s actually the ego, or reptilian part of the brain that doesn’t like change and when we give in to it, is when we sabotage ourselves.

We unconsciously hold ourselves small so that we don’t have to step out of our comfort zone but we’re limiting ourselves when we do that and then we feel frustrated and stuck but fail to see that it’s us, that’s keeping us stuck.

Breaking through the fear takes courage and sometimes we don’t have that courage, especially if we feel like we’re trying to do it on our own.

We can develop courage through hypnosis and mindset work and that’s the type of work I do with my clients, but the truth is that we will only hold ourselves back for as long as we choose to.

3. People know what their purpose is and they’re ready to OWN it but their ego’s need to be in control is stronger than the person’s need to follow their purpose.

They’ve got the message, but the ego is holding them for ransom.

The cause of this really is a lack of personal development and spiritual growth.

Similar to no 2 because it’s ego based but this is more a case of allowing perceived obstacles to get in our way. Imposter syndrome, fear of being judged by others, fear of criticism, perfectionism, lack of self-worth, low self-esteem, this all starts to come up and quite honestly, it can cripple us if we haven’t gone through the personal development processes to recognise this and banish these types of behaviours.

People with amazing ideas and capabilities have literally been stopped in their tracks through the fear of what people might say about them, what their family might think, what their friends might think.

They know they’re on the right path, they know without doubt that this is their passion and that they were put here on this planet for exactly this, yet they can’t get over themselves enough to step out and be seen for who they truly are and to speak their truth.

It can be crippling but it doesn’t need to be. A bit of what I call Soul Transformation Coaching may be all they need to be up and on their true path and living the highest expression of who they came here to be… How amazing would that be?

All it takes is an investment in themselves to become who they need to BE to fulfil their mission, but strangely not everybody chooses it. Sometimes people don’t even value themselves enough to do the very thing that will lead to their ultimate fulfilment and destiny.

Where will they be one year from now? Probably in the same place or feeling even more frustrated… but you can’t choose for people.

I’ve heard it said that:

“When you stop growing is when you start dying”

I continue to embrace growth and learning on a daily basis and I believe that it is what has allowed me to live my purpose and be of service in the way that I am and I know that there are even greater things to come for me.

Are you living your purpose? Have you found it yet? or are you struggling to work it all out?

Write to me and let me know what your experience has been — I’d love to hear from you.

With love from my heart to yours.
Karen